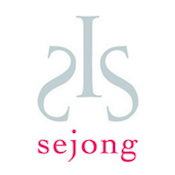 Gil’s 1994 release of the The Four Seasons on Deutsche Gramophon with the Orpheus Chamber Orchestra is available from iTunes and Amazon.