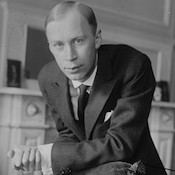 Shaham performed with Michael Tilson Thomas and the San Francisco Symphony last season, he proved himself “an exuberantly commanding soloist” who succeeded in kindling “hot fire” (Los Angeles Times). Small wonder then, that the American master violinist is the only soloist chosen to accompany MTT and the orchestra on their upcoming 20th-anniversary national tour. Together they will present Prokofiev’s Second Violin Concerto – one of those featured in Shaham’s celebrated long-term exploration of the “Violin Concertos of the 1930s” – at New York’s Carnegie Hall (Nov 20), marking the violinist’s only appearance at the venue this season, as well as at Kansas City’s Kauffman Center, Boston’s Symphony Hall, Cleveland’s Severance Hall, Miami’s Arsht Center, and the university campus of Ann Arbor (Nov 12–22).